Coming back to conscienceness in a hazy sense of awakening, unaware of what had happened. I jolted upright with ensuing pain that radiated through my body. The room was ill-lighted, only the illuminating glow caressed the room from the vanity mirrors on the opposite wall. Inept at recalling any memory at the present moment, dreadfully dazed as I sat on the floor, with my back half up against the wall in the dressing room. Bagged garments brushing against my head. Shocking to ones senses in itself were the bodies draped with dresses, mannequins, headless which only added to my fervor. The skin on my chest burning and my left leg was screaming in tremendous pain. My thoughts drifted and slapped me like steel, what happened to the dress? This can’t be happening, that was a Ashington there is no way this is happening. Luther is going to be infuriated. That dress was a $65,000.00 masterpiece and I, its last wearer. My mind scrambled as panic began to set in, the air was so thick it was a labor to breath. Sitting here bare-chested in nothing but heels, thigh highs and panties. It’s the dress, the key, has to be the dress. Ivory, silver and white silk embellished with crystals, a magnificent strap less wrap and who wanted it that badly and where had it gone?

Attempting to stand, the world an unsteady ocean swaying to and fro, my body unable to complete my command. The urgency of having to flee this place prodded me to crawl ever so slowly across the floor to the mirrored vanities against the wall, to the chair. A feat that seemed endless. Easing my way one inch at a time. Attempting to coax my brain to engage its rational thought process, what had happened? Just what was going on? Placing my hand on the chair and slowly lifting myself into it, my jaw dropped at the bewildered image reflecting back at me. Hair that was previously in an amazing up do, was now falling in shambles around my face. Stage makeup smeared and running down my face. Shock and burning pain gripped me from the four gouging rips of the flesh covering my sternum, no longer bleeding they had done their fair share of it, as was evident by the trails of crusted crimson running down over my breasts. No wonder now why my chest burned so badly and no doubt that these would be infected soon enough. Upon inspection the same, deeper gouges occupied my left calf, these wounds were much more severe capped with perfect puncture points and they continued bleeding with certain need for some stitching, if shredding can be repaired I may save my leg. My top priority was to depart from here.

After sitting for a few minutes, trying to fathom what had taken place, some impressions began to clarify, however a large chasm remained. Today was rehearsal for the photo shoot, Luther bringing the dresses for fitting. This was going to be the Premiere Vision of his couture line in conjunction with the films promo. So where had everyone gone and how did this happen and why can’t I remember, after all this was a secured facility. This was simply a photo shoot to promo an art house film. As my senses began to recover, in need of find something to wear out of here. Rifling through the outfits, choosing a short, loose-fitting strap less silver and black asymmetric dress, heels for flats. I was prepared to make my way out of here, an infection in these wounds would not be kind. I already felt it beginning to course through my veins.

Reaching the door, observing the blood that was smeared across it and the pool that ran underneath, although dark in this room, it was evident. And what was that incessant clicking in my head, with each click I became ever more dizzy as vertigo threatened to overcome me. Grasping the handle and stepping out into the room where the cameras were, recoiling from the bright light, the entire backdrop was white and the lights had all been left on including the boxlights . The blood on the floor was not the only red in the room, it was sprayed everywhere. I could see a body on the floor across the room. The brightness of the room was blinding and the incessant clicking in my head refused to stop. Gagging at the amount of blood that was spread throughout the room. his was no theft, this was more, considerably more.

Where was everyone else, why wasn’t there a gathering of people, emergency services, police and where in the hell was the rest of the crew. That very moment the story, an urban legend of an enraged model came back to me. The rumors that were spun of a killer who began slaying crew and models within the industry with a fierce passion for blood. Not recalling her name. It was said that she had passed away. Even to consider it, which I never did, having dismissed it as an urban legend unable to recall the entire tale. I had laughed it off, thought people were crazy and just trying to scare and intimidate the fresh faces that always graced the thresholds of the talent agencies. My heart quickened as a forceful wave of unsteadiness came over me. The click that came in the back of my head a that moment was intense. Transplanting me to the floor, heart racing, sweat beading on my skin as the heat rolled in waves through my body. My knees and palms smacked the bloody tile floor sounding like a cold slap in the vacant room. My body began to shake as I gasped the air in anguish.

The ringing in my ears lessened, yet remained. Fervent panic engulfed my entire body as I heard a distant guttural growl, backed by a scream and a woman’s voice in a bizarre cackling laugh. All hope of exiting this place had abated in a quickened fervor of desperation. Clarity came bringing judgement that I was slowly dying, the infection already coursed with ravenous lust through my veins. Every ounce of my being in sheer panic as the woman’s voice, entangled in short burst with another, crept closer.

The deep wounds on my leg made it impossible to stand now. Heaving heavily now for breath, my heart throbbing as the clicking in my head quickened, hide I must hide. On my hands and knees I began sliding across the blood stained ceramic tiles, petrified as the voices moved ever so much closer to my current position. Nearly back to the door of the dressing room, tears of frantic despair began to fall blurring my vision. My heart felt like it was about to burst out of my chest at any moment. Each new slide I made knees to hands was one bit closer to a hiding place, having to hurry they were almost in here. Pushing the door open and gathering every ounce of energy it took to thrust myself into the darkened room closing the door gently behind me. Only a moment passed when I heard the female voices in the room from whence I just came. Speaking in a different language I was unable to hear clearly due to the ringing in my ears and metallic snap in my head. Determined to hide in the secret closet behind the side vanity, I continued to crawl, each move ever more painful than the last.

Stopping directly in front of the vanities, I was almost there, two crawls away and I could sit still in the darkness until these women left. It was then that the door to the dressing room opened, just a slight crack at first. My heart dropped, I had made it this close and yes close was not near good enough. They would see me before I got the secret mirror closed. Halted, I sat back as a blinding pop exploded in my head, when I opened my eyes I saw in black and white and she was standing over the top of me. Beautiful, she was a radiating vision of unblemished ivory skin, and raven black hair. She bellowed out a course laugh underlying growl as she bent over to me. The other woman was out of my sight as she joined in the cawing. Tears flowed as I began to succumb to the pain that had become unbearable and the infection undoubtedly had taken over my veins as they were literally budging under my skin. I trembled uncontrollably as she placed her long, dagger like nails under my chin, gentle but firm.

The ability to utter a sound was lost as the raven haired beauty coaxed me into a standing position. What became clear was the smeared gelatinous blood on her lips, she smiled a villainous grin as she continued laughing. For a moment nothing hurt at all and the clicking in my head had ceased. As she turned me towards the mirrors it all unraveled and exposed impart, what was happening. As we stood there regarding ourselves in the mirrors I saw the reflection, the other woman present. She was still in the shadows, yet I could make out her form. Side by side with the raven haired woman as her hungry smile widened, her nails of sharpened steel still beneath my throat, her eyes a fierce shade of red. We moved a bit closer to observe what the reflection had to reveal in its entirety, a smile began to cross my face as eyes brightened in a flaming sanguine the guttural noise that escaped my throat transformed into a course laugh and Bijou joined in an ethereal song of hunger.

**Images of Bijou courtesy of Icon Label Films** additional images **Click on any Image to redirect to the images webpage/designer where it has been provided.
All images are found using Google Image Search and Bing Image Search and are not always labelled
I hold no ownership to any image used unless otherwise stated** 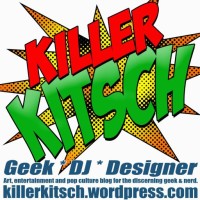 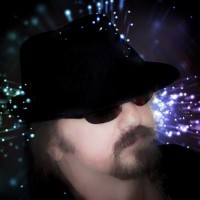 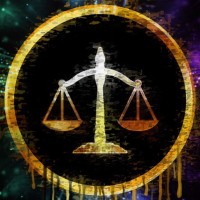 The journey of an independent filmmaker

A wee anthology of dark yarns.

You can checkout anytime you like, but you can never leave.

My Website
The Written Delights Of The Peach Poet

My Poetry, My Words, My Life.... Let me entertain you.

I wouldn't look under the bed if I were you.

Words, poems & stories from the author of the novels "Of Tortured Faustian Slumbers", "The Darkness Of Strangers" & a new book of short stories "Black: 6 Tales Of Darkness"